Allergies and Intolerances. The Statistics and Research.

Allergy and Intolerance Prevalence within the UK 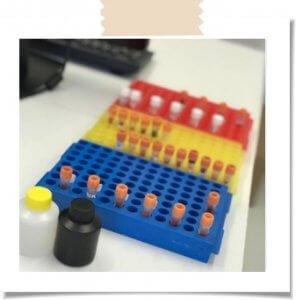 The Food and Drug Administration (FDA) is responsible for assuring that foods sold in the United States are safe, wholesome and properly labeled.

There are 14 foods which must be labeled and identified as ingredients on all pre-packed food: 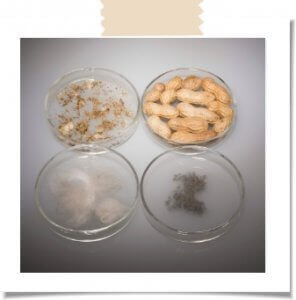 Below are some useful links to follow if you want to know more about food allergies and intolerances:

Food elimination in relation to IBS based on IgG antibodies: https://gut.bmj.com/content/53/10/1459

Time to reconsider the clinical value of immunoglobulin G4 to foods?
https://www.ncbi.nlm.nih.gov/pubmed/18839470

A clinically significant improvement in IBS symptoms was observed in patients eliminating foods to which they were found to exhibit sensitivity.

This prospective audit was set up to investigate whether migraine sufferers have evidence of IgG-based food intolerances and whether their condition can be improved by the withdrawal from the diet of specific foods identified by intolerance testing. Migraine patients were recruited from primary care practices and a blood sample was taken. Enzyme-linked immunosorbent assays (ELISA) were conducted on the blood samples to detect food-specific IgG in the serum. Patients identified with food intolerances were encouraged to alter their diets to eliminate appropriate foods and were followed up for a 2-month period

This investigation demonstrated that food intolerances mediated via IgG may be associated with migraine and that altering the diet to eradicate specific foods could treat a migraine. Elimination of foods that responded with a high IgG response lead to 30% of subjects reporting benefit to migraine symptoms after 1 month and 40% after 2 months. 60% subjects who reintroduced their reactive foods suffered onset of migraine symptoms.

A pilot study looked at two studies of individuals with Asthma. The two subjects were put on an elimination diet after taking an IgG food intolerance test using the ELISA system.

The studies showed the patients saw substantial relief in symptoms of Asthma after following a IgG antibody guided elimination diet.

This study focused on patients that had a history of suffering from varied symptoms, including Fatigue, Diarrhoea, Migraines and Itchy Skin.

114 patients in total were tested for food sensitivities using a food-specific IgG antibody test. Of the 114 initial subjects, 80 completed the study by following an elimination diet based on their IgG reactive foods. Upon elimination of reactive foods, subjects showed significant improvements in their previously reported symptoms. In subjects who reported having symptoms, 71% of subjects realised a 75% or greater improvement in their condition/s, half of the study group realised 90% or more relief from their symptoms in the 15 patients that did not eliminate their reactive foods, experienced no relief in their symptoms.

Disclaimer: All information provided on site and in reports produced is intended to support nutritional advice to optimise your diet. We do not claim or attempt to claim to diagnose medical conditions, or cure or treat medical conditions.

Hair tests (Bioresonance Therapy) is categorised as Complementary and Alternative Medicines (CAMs) covering therapies that fall outside mainstream medicine. Conventional medicine does not currently recognise Bioresonance as it has not been subject to significant scientific research. Bioresonance reports and related information do not make a medical diagnosis nor is it intended to be a substitute for professional medical advice, diagnosis, or treatment.

Always seek the advice of your doctor or other qualified health provider if you have a medical condition and/or medical symptoms. Never disregard professional medical advice or delay in seeking it. All probable or possible information provided in reports or on this website need to be discussed and confirmed with a nutritional therapist or qualified medical practitioner.

Thailand
Thai
UP TO 30% OFF ALL TESTS
NO CODE NEEDED!
x